The trailer showcases a plethora of songs included in the game. From the GFRIEND's debut with Glass Bead all the way to their latest release Labyrinth 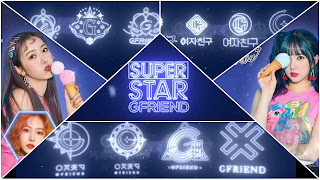 With a little over a week to go for their first mobile game, GFRIEND dropped the official promotional trailer for SuperStar GFriend.
Also See: GFriend drop special song recommendations for their upcoming mobile game
The trailer teases a variety of new features never seen before in a Superstar game. With a user interface that changes based on your bias, the game promises a unique experience for every player.
The trailer showcases a plethora of songs included in the game. From the GFRIEND's debut with Glass Bead all the way to their latest release, Labyrinth! It may not be the girlgroup's whole discography, but it is confirmed to include some songs from every release. Watch the trailer above!
Pre-Register and stay tuned for more teasers before the game's global launch.