SBS confirms online concert 'We Are The World' has been cancelled

SBS took to twitter to confirm cancellation of upcoming online concert. The lineup consisted of ASTRO, GFRIEND, (G)I-DLE and many popular artists... 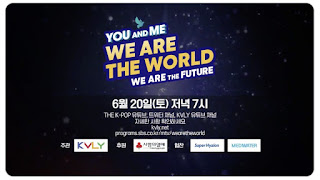 The rumors about the cancellation of 'You and Me We Are The World We Are The Future' have been confirmed by SBS. Moments ago, SBS announced via twitter that the upcoming Global Online Concert will have to be cancelled to to resurgence of COVID in some provinces of China. The event was scheduled for the evening of June 20th.
The tweet can be found below:

This event is canceled. We are very sorry.