Does 'Butterfly' have the potential to overtake 'As You Wish' in numbers and success? Read on to know my thoughts and general reception of 'Neverland' 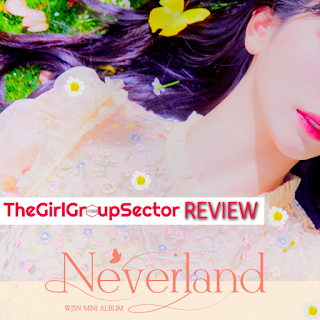 WJSN are back with their new mini-album 'Neverland'! The music video for the lead single 'Butterfly' is out now on YouTube. This is the girlgroup's 8th Mini-Album. Their previous release 'As You Wish' performed well on digital charts but could earned them only one music show trophy. Does 'Butterfly' have the potential to overtake 'As You Wish' in numbers and success? Read on to know my thoughts and general reception of Cosmic Girls' summer comeback, Neverland.
BUY NEVERLAND
Released on 9th June 2020
Tracklist:
One of the first album teasers featured member Seola lying on the grass in a flowery outfit. The butterfly on her hair was the hint at the name of the lead single from the album, 'Butterfly'. The album is about finding and loving your true self, that one often loses in the web of self-criticism and the horror of finding flaws in it.

Sometimes, I want to be beautiful too.
Now, I wont hold it back anymore
More freely, I will find the true me

As seen in the 'Secret Film', the album, or the lead single Butterfly specifically, is about a girl wishing to break free of the fear of getting hurt when she tries to love herself. The lyrics speak about doing your best to 'fly like a Butterfly' and 'not be afraid of getting hurt' because you will only fly higher.

Even if I am not beautiful, I'll be free

The music video for 'Butterfly' showcases warm visuals of the members. The elegant choreography with the 'Butterfly-flap' point-dance highlights the beautiful reference contained in the song. WJSN are known for powerful choruses, and Butterfly doesn't disappoint. The members' vocals shine as they take turns in singing the choruses.
The second track of Neverland is titled 'Hola'. Hola is a song about passion and confidence. I personally like the combination of Hola and the 3rd track, Pantomime. The word Pantomime means a dramatic setup (or play) for entertainment purposes. The theme of romance and passion portrayed in Pantomime is the polar opposite of Hola. Hola is a song about enjoying your own company and living for the moment.
Both the songs are structured differently as well. Hola has a cheerful chorus while Pantomime's chorus is as sassy it could get, with Luda's beginning and Bona's genius post chorus vocals.

I want to specifically mention the post-bridge part of Pantomime. Dawon's 'PAUSE' will make your jaw drop. That very moment is one of the many exclamation marks to the statement 'WJSN ARE UNDERRATED'.
'Where You Are' is the b-side that the group is currently promoting alongside Butterfly and may I say that violin in the background during the chorus is chef's kiss. The lyrics are about one's wish to be with their loved one. Exy's raps in each of the tracks have been perfectly placed, the same goes for Yeonjung's high notes.

You and I dancing under the pouring starlight

Tra-la and Our Garden are straight up hypnotising spells (so is Pantomime but I can only use so many adjectives for the same song). Both the songs left me in a trance as the album concluded after the genius last chorus of 'Our Garden'. The album must be on the playlist of all 'lively-song lovers'. The songs lift your spirits up and send it soaring in the skies.