Nature dropped the tracklist for their single album set for release this month. The 3rd Single album is titled 'Nature World Code: M' 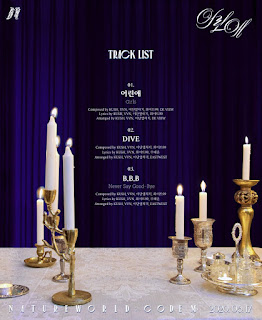 NCH World's girlgroup Nature dropped the tracklist for their single album set for release this month. The 3rd Single album, titled 'Nature World Code: M' will be released on 17th June at 6pm KST.
The tracklist reveals the 3 tracks included in the album. The lead single is titled 'Girls' and the b-sides include 'Dive' and 'B.B.B'. Watch: NATURE reveal thrilling M/V Teaser for upcoming single 'Girls'
Are you excited for the upcoming release? Catch Nature and many more artists on the first KCON:TACT set to take place later this month!