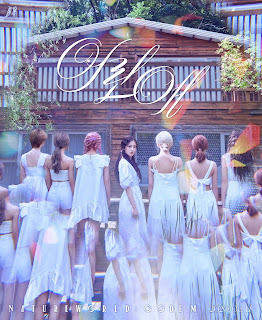 NCH Entertainment's girlgroup Nature has announced their 3rd single album 'Nature World: Code M'. The album will release on 17th June. This will be their first work of 2020.
Nature's last release was 'Oopsie (My Bad)' back in November 2019. Since then Nature has promoted in various music shows and even at MNet's MAMA, where they performed in a collaborative stage with BVNDIT and Verivery.
Read: NATURE reveal hypnotic concept photos starring Haru and Saebom
The album scheduler for Nature World: Code M is also out now: 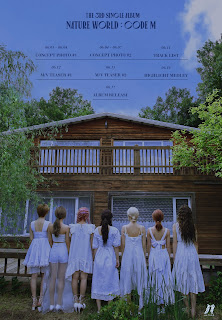 The concept photos will be revealed between 1st June and 7th June, in sets of two. The tracklist releases on 11th June, followed by M/V teasers on 12th & 15th June and a highlight medley on 16th June.
The music video for the lead single releases on 17th June at 6pm KST along with the album. Stay tuned for all the teaser reveals.