IZ*ONE member Kim Minju has been confirmed to join SF9's Chani and Stray Kids' Hyunjin as the MC of MBC's weekly music show. 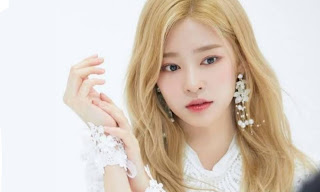 IZ*ONE member Kim Minju has been confirmed to join SF9's Chani and Stray Kids' Hyunjin as the MC of MBC's weekly music show. This will be Minju's first take on such position. Guess Wiz*Ones have a new reason to wait for Saturday now?
Confirmed by the girlgroup's label earlier today, Minju's first episode as the new anchor airs next Saturday, 13th June. The broadcast time remains the same, at 3:30pm KST.
The news comes shortly after gugudan's Mina stepped down from her position of the show's MC after over 2 years.
Stay tuned for Minju's first episode. Catch IZ*ONE and 31 other artists a week after ber first episode airs, at KCONTACT.
Also read: IZ*ONE reveal Twelve adorable Diaries ahead of 'Oneiric Diary' comeback