IZ*ONE thank their fans in emotional teaser for 'With*One'

During the final episode of their reality show IZ*ONE Chu Season 2, IZ*ONE surprised the fans with a sneak peek at 'With*One' 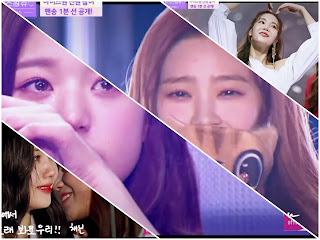 During the final episode of their reality show IZ*ONE Chu Season 2, IZ*ONE surprised the fans with a sneak peek at 'With*One'. The song is one of the b-side tracks contained in the girlgroup's upcoming release, Oneiric Diary.
Listen to the teaser on the 2nd and final episode of IZONE CHU Season 2. Continue reading to find out why the song is close to the fans' hearts.
The song, as hinted in the title, is the members' address to their fandom 'Wiz*One'. The recent few months have been a test of strength and loyalty for the fandom. The project group was one of the 5 MNet's survival show groups that were at the center of the controversial vote-rigging situation. The event led to postponement of their 2nd mini album 'Bloom*IZ' from November 2019 to February 2020.
Both the fans and IZ*ONE had to undergo a lot of stress as the period of investigations and rumors seemed unending. After months of wait, CJ E&M announced the disbandment of Produce X 101 boygroup, X1. On the same day, the news of IZ*ONE continuing their activities came as a sigh of relief for WIZ*ONES.
The 2nd mini album was finally released after having been finished months ago. IZ*ONE broke several records as Bloom*IZ skyrocketed to the top of charts left and right. Oneiric Diary contains the works produced after the period of sleepless nights and stress. 'With*One' is, therefore, one of the most special songs that IZ*ONE could release as a gift out of love and gratitude for Wiz*Ones.