IZ*ONE has teased 12 versions of a special diary that fans will be getting with the group's upcoming release 'Oneiric Diary'. 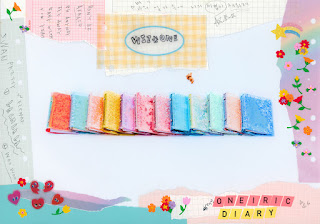 IZ*ONE has teased 12 versions of a special diary that fans will be getting with the group's upcoming release 'Oneiric Diary'. Oneiric Diary is the girlgroup's 3rd korean mini album set for release on 15th June. The diary teaser was posted with the caption 'Object Teaser Diary Ver.', suggesting that there will be more special gifts offered with the album.
Each of the diaries included have an image of an object with it. This implies that each of the 12 diaries represents a member.
(Example: There is a video game console with the bright yellow diary, that hints at it belonging to Sakura. Sakura is known to be a video games lover. She even has a gaming YouTube channel)
IZ*ONE released an angelic comeback trailer for Oneiric Diary just yesterday, check it out on TGGS:
IZ*ONE reveal dreamy album trailer for 'Oneiric Diary' comeback
Stay tuned for more teasers for IZONE's 3rd Korean Mini Album, Oneiric Diary!
Catch IZONE on KCONTACT 2020 this month.
Read about KCONTACT here.

IZ*ONE are angelic in teaser for IZONE CHU Season 3