Public is quick at jumping to conclusions, but are the lyrics actually targeting her former bandmate? 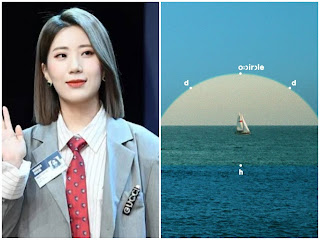 Woo Jiyoon made her solo debut under the stage name 'Odd Child'. Her self-written album 'O: Circle' released just yesterday, 18th June 2020. Jiyoon was a part of Bol4 with Ahn Jiyoung until earlier this year when Shofar announced her withdrawal from the group due to 'personal worries'. Find the full statement at the end of this article.
What caught the public's attention was the Intro track of Jiyoon's debut album. The lyrics of the Intro track 'DODO' are being interpreted as Jiyoon's response to the 'unfair treatment' she received while promoting with Bol4.
The lyrics in question are: (source)

Your endless desire and greed is a reason for a side out.
You pushed me away and took the set point
My dreamlike work was burnt away
It’s a nightmare for me.
I’m glad I got out.
Every clouds has a silver lining
Beat it, I did.

However, Jiyoon took to instagram to clarify that the song is a part of her 2019 works and she wrote it back then without any ill-feelings. Her Instagram story can be found below:

Jiyoung also, in a recent interview, talked about parting with Jiyoon at good terms and not out of any personal rivalry or mistreatment.
Read the full article: Ahn Jiyoung discusses Jiyoon's departure from Bol4 and rumors on 'Radio Star'
Whatever the truth might be, I congratulate Jiyoon in doing what she feels more comfortable in and finally debuting solo. She has been able to showcase her rap skills to a greater extent with this new release and I hope Bol4 still remain one when off-stage.