'No reason to come back'! gugudan member Sally raises concerns about the group's hiatus

Sally talked about being told by their agency to 'go back home and not to come back because there was no reason to come back'. 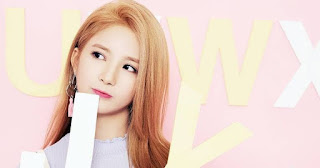 gugudan's member Liu Xiening. better known by her stage name Sally, is currently participating in the chinese show 'Produce Camp 2020'. In a recent interview, the girlgroup member raised concerns about the indefinite hiatus that gugudan is currently on.
She talked about being told by their agency to 'go back home and not to come back because there was no reason to come back'. gugudan's journey has been really unstable as a group, since some of the members were undeniably more 'previleged' than the rest. In case people arent aware, Sejeong and Mina were already popular in general public after being a part of IOI.

There is no reason to come back.

Sally confessed that it was difficult to be a member of gugudan mainly because of the biased treatment towards some of the members. She said that in early 2019, she was told to go back to china. When she asked about her return, the agency said there is no reason to come back.
Sally also revealed that the members were asked to leave the dorms and they did so at once without any delays. Although some members resisted, they eventually had to pack up and leave.

gugudan's last comeback was back in November 2018. Henceforth, Sejeong released a few tracks solo and Mina continued to MC MBC's weekly music show Music Core. Mina recently stepped down from the position.
No official statement is out as of now, but some fans are already convinced that the worst case scenario is inevitable. Stay tuned for updates!