GFriend announce 10th Mini-Album '回: Song of the Sirens' with a 'drastic change in concept' 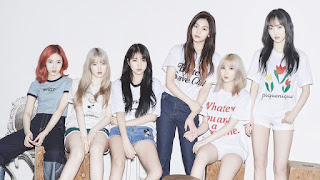 Just a day after the release of their first mobile game, GFRIEND have revealed the release date and name for their July comeback album. The girlgroup's 10th mini-album '回: Song of the Sirens' releases on 13th July at 6pm KST. Pre-Orders start on the WeVerse Shop from 22nd June!
Source Music stated:

New album #回_Song_of_the_Sirens is about GFRIEND's desire and willingness to change. We hope you'll see a new side of GFRIEND that you've never seen before

They just finished the MV shooting and even the staffs were amazed with their transformation. GFriend will show drastic change from albums to visual!

This will be GFriend's 2nd comeback of 2020. The group's latest release, 回:Labyrinth, turned out to be their most successful comeback in terms of sales. 回:Labyrinth contained some of the best b-side tracks ever released by GFriend, even so to foreshadow the lead single. Read my review of GFriend's 9th Mini-Album 回:Labyrinth.
With all the hype about a 'dramatic change after 5 years', are you excited for the fresh 'new side' of GFriend? Buddys are already coming up with theories and logics behind the album title!