Things took a weird turn as fans began to notice Denise's selfies getting deleted from the girlgroup's official Instagram account... 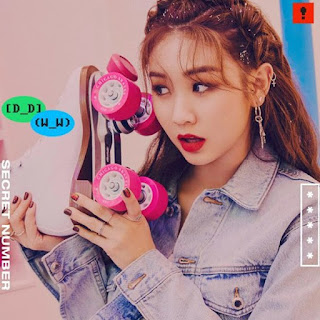 Update: Denise's photos have been reuploaded on the group's official page. Her personal account is still inactive.
Original:
Earlier today, rookie girlgroup Secret Number's Denise took to instagram to show her support for the BLM movement that has spread across the world. She posted a few stories on her personal instagram account, sharing the hashtag and posts that spoke about the issue. Fans expressed their happiness and thanked Denise for showing her support and doing what's right.
Things took a weird turn as fans began to notice Denise's selfies getting deleted from the girlgroup's official Instagram account. Soon after, Denise's personal account was wiped out and deactivated. Fans were shocked and disappointed at the step taken by the agency. Fans recalled that member Jinny had recently revealed the plans of sticking to the group's main account for updates for 'privacy reasons', but Denise's case seemed different. As of now, Dita is the only member with an active personal Instagram.
Also Read: Rookie girlgroup Secret Number gains attention with 'Who Dis?' M/V
Secret Number performed at today's 'SBS The Show' and Denise took part in the stage as well. But a special 'TMI' video released today made the fans even more concerned. The video shows all the members, except Denise, eating snacks backstage in a waiting room. The sudden exclusion of Denise from the video, removal of her Instagram account and even her Soundcloud that contained her self-composed pre-debut songs has given rise suspicions and concerns in fans' minds.
VINE Entertainment has not released any statement regarding the situation, as fans flood twitter and other sns platforms in support of Denise. Denise was born and raised in Texas. It is only natural for her to speak up on such global issues when even other K-Pop artists are showing their support for it.
At the same time, fans are well aware of the extent of strictness agencies can go to when it comes to idol contracts. The fact that Secret Number just debuted takes the consequences of a contract breach a step further. Stay tuned for more updates.
Also Read: Secret Number's Soodam falsely accused of bullying/underage drinking