The record was currently held by BTS & Halsey's 'Boy With Luv' released in 2019. Blackpink now hold the following YouTube records... 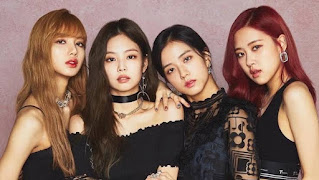 BLACKPINK have been shattering streaming and sales records within hours of the release of HYLT. 'How You Like That' is not a regular comeback, but Blinks do not seem to let it rest as they just hit another impressive milestone on YouTube. They waited over a year for this afterall.
The 'How You Like That' music video managed to accumulate a staggering 82.4 Million views in first 24hrs of its release! That is both the personal best for BLACKPINK as well as a Global milestone on YouTube. Moreover, the single is breaking records left and right as it sits at top of the iTunes charts in over 60 countries at the time of writing this article. That is the best for a K-Pop girlgroup so far.
Watch: BLACKPINK unveil jaw-dropping M/V for 'How You Like That'
The most watched 2020 girlgroup releases now on YouTube are:

Huge congrats to Blackpink for raising the bar and overtaking everyone's expectations with this pre-release.
Also Read: BLACKPINK's 3-stage Full Album comeback plan announced by YG Ent.
The record was currently held by BTS & Halsey's 'Boy With Luv' released in 2019. 'Boy With Luv' was watched 74.6 Million times in the first 24hrs of its release.

CLC's Elkie is Adorable in New Video On Candle Making