There are new hashflags available now on Twitter for #Jennie, #Jisoo, #Lisa, #Rosé and #Blackpink. The hashflags feature adorable characters... 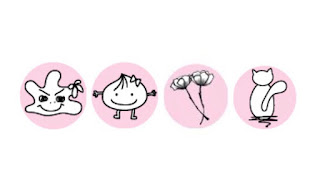 Watch: BLACKPINK unveil jaw-dropping M/V for 'How You Like That'
There are new hashflags available now on Twitter for #Jennie, #Jisoo, #Lisa, #Rosé and #Blackpink. The hashflags feature adorable characters representing each of the members. Try them out now!
Listen to BLACKPINK's pre-release single HYLT now on YouTube and all major streaming platforms. There is one more pre-release planned before the girlgroup's first ever full album releases this September.

CLC's Elkie is Adorable in New Video On Candle Making