Weki Meki gearing up for a summer comeback 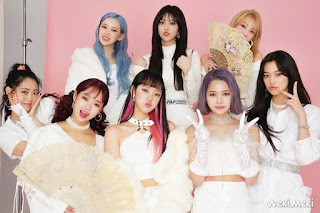 Earlier today it was reported that girlgroup Weki Meki are preparing for their 2nd comeback of the year after 'Dazzle'
Agency Fantiago Entertainment has now confirmed that Weki Meki will be releasing a new Mini Album next month. It was reported that the release is aimed for mid-June. A schedule will be revealed when a date has been fixed.
With Weki Meki added to the comeback list for June, the summer chart competitions are heating up 'More & More'. Read about Twice's upcoming release and check out the teasers.
Check out Weki Meki's latest release DAZZLE here