Sunmi confirmed to make a summer comeback this June

MakeUs Entertainment, officially confirmed the reports to be true and announced that Sunmi will be releasing new work in late june 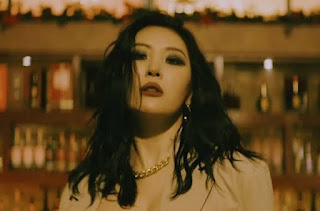 Earlier today it was reported that Sunmi is preparing for a comeback for June or July.
MakeUs Entertainment, the solo artist's label, officially confirmed the reports to be true and announced that Sunmi will be releasing new work in Late June this year.
This will be her first comeback in of the year and her first release in 10 months since Lalalay.
Also read: Sunmi reveals her first talk show