Vine Entertainment has confirmed that the claims against Soodam were FALSE 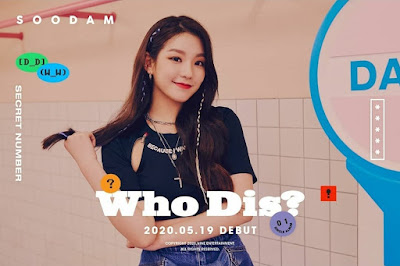 UPDATE: Vine Entertainment has confirmed that the claims against Soodam were FALSE and they are considering taking legal actions against the individual for slander, defamation and spreading false information!
Original Article: Within a few hours of debut, rookie girlgroup Secret Number seems to have attracted some negative attention after a person claiming to be Lee Soodam's classmate posted an article accusing Soodam of bullying, underage drinking and bad behaviour at school.
The news comes just under two hours after the release of the girl group's debut M/V 'Who Dis?'
Vine Ent. has said they are aware of the issue and are looking into the matter. More statements will be released as investigation progresses.