回:Labyrinth is GFriend's 9th mini-album release. The album carries a mix of rock and pop sound throughout its 6 tracks. Read my review here 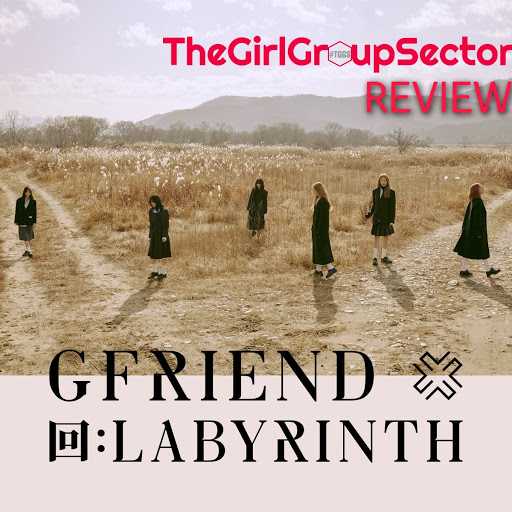 回:Labyrinth is GFriend's 9th mini-album release. The album carries a mix of rock and pop sound throughout its 6 tracks. The lead single 'Crossroads' carries the highlight message of the album narrating a touching story.
Released: February 3rd, 2020
Tracklist:
The album cover is a visual representation of the message that the girlgroup wants to give out. The members are seen standing apart looking in different directions and, quite literally, standing at a 'Crossroads'.
The leader of GFriend, Sowon, clarified that the song 'Crossroads' is about a girl going through changes in her life and being surrounded by different choices and their outcomes.
Also Read: GFriend Confirmed To Be Preparing for July Comeback
The intro of the album, titled 'Labyrinth', is a one of a kind song in GFriend's discography. The song is a mix of pop and synth rock, fully equipped with a post chorus dance break, a powerful bridge and insane high notes.

The song came as a surprise to many

It was confirmed that BigHit Entertainment's CEO Bang Si Hyuk had participated in composing the track. Many are convinced that the new composers that participated after Source Music and BigHit merged, is the reason for the change of GFriend's sound.
Labyrinth is an anthem telling the listener not to be afraid of challenges. The girls talk about being lost in a maze, a 'labyrinth', and facing all the challenges confidently and without fear.
Crossroads, however, still carries the signature GFriend sound with powerful yet soothing vocals. The song is about a young girl standing at a crossroads and making crucial life decisions.

She has hope to find someone she lost, and the hope to finally see her at the 'end of the road'

Crossroads takes inspiration from GFriend's 2019 release Sunrise. Main vocal Yuju's powerful chorus and bridging notes seem to dictate the emotions like a soothing novel that we have all read sometime in our lives.
Also read about GFriend's first mobile game
The third track of the mini album doesn't drift off of that 'GFriend vibe' either. 'Here We Are' is, in my opinion, a masterpiece.

The track is the members' reassurance to the fandom (aka Buddys). A seal of approval to the fans' who are investing their time and support for the group. The track ends with an outro featuring all 6 members showing their presence as they sing in sync the words 'Here We Are'.

Eclipse is about apologies

The lyrics talk about feeling upset after saying something to a loved one, that you did not mean to. GFriend sing about forgetting everything and running back to that person and apologizing without waiting anymore.
The members said during the album showcase that the song was a nominee for and was almost chosen as the title track instead of Crossroads.
Also Read: GFriend To Continue Their July Comeback Streak With Upcoming Album
Dreamcatcher is about hope in the dark times. The members compare the people you love to dreamcatchers that are by your side during night or, here, the 'dark times'.

You are my Dreamcatcher for whom I wait every night

The song is a ballad with soothing vocals and calm instrumentals.
'From Me' is a letter to one's self. A letter asking yourself to stay strong while confessing your weaknesses.

Behind the pretence of being strong, I am a kid

The song speaks about loving yourself and supporting yourself the best you can. 'From Me' is the last track of the album. It is another message of hope in the form of a calm ballad.
'回:Labyrinth' was the first GFriend album I got the chance to purchase and I cannot be prouder. The album carries powerful messages that people need to pay attention to and adopt into their lives. The perfect and ever-improving vocals of the members add to each and every emotion that the album tries to put out.
Buy 回:Labyrinth