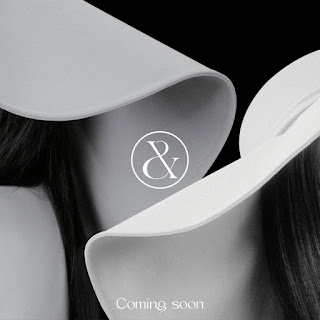 Red Velvet announced earlier this week the name for Seulrene subunit's first mini album. 'Monster', that was scheduled to be released on June 15th, has been postponed to July.
From the post made by RV Staff: 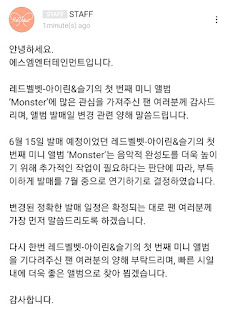 source
SM stated that the album needed a little more time to be complete and in order to present an album worthy of the fans' love, the release will be delayed. The mini album has not been 'indefinitely' delayed though, as SM assured that the release will be 'sometime in July'.
Stay tuned for more about Monster's release and check out the new teaser image above!
The preorder links for the mini album are still active and fans can book a copy in advance at the following links:
PREORDER MONSTER (#1)
PREORDER MONSTER (#2)

Weeekly reveal Concept Photos #2 for debut album 'We Are'