IZ*ONE Summer Comeback Showcase to be held via MNET

According to a report, the showcase event for IZ*ONE's summer comeback will be organised by MNET 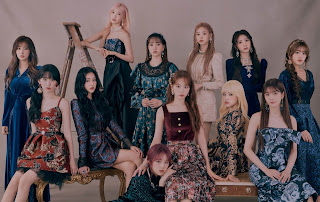 source
According to a report, the showcase event for IZ*ONE's summer comeback will be organised by MNet. MNET seems to have stepped up once again to handle the showcase event for the 12-member project group that it co-manages with Off The Record.
IZ*ONE is releasing a new album on June 15th. Their previous release, 'Fiesta', broke several records within days of its release.
The reality show 'IZ*ONE CHU' will also be returning for the 3rd season. The show will have only 2 episodes and help in building up the excitement for the girlgroup's summer comeback.
This will be IZONE's 3rd korean comeback. IZONE consists of 3 japanese members and carries out promotional activities in both Korea and Japan.
Stay tuned for more on IZ*ONE's comeback. Read about the announcement here
Related: IZ*ONE are angelic in teaser for IZONE CHU Season 3