GFriend To Continue Their July Comeback Streak With Upcoming Album

GFriend has been confirmed to make a comeback this July. With this announcement, GFriend looks to carry forward their July comebacks streak 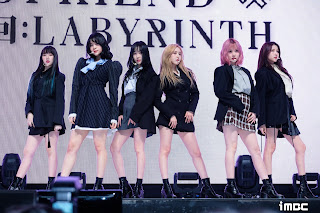 GFriend has been confirmed to make a comeback this July. With this announcement, GFriend looks to carry forward their back to back July comebacks since debut
Me Gustas Tu > Navillera > Love Whisper > Sunny Summer > Fever (2019)
Fever, the girlgroup's summer release last year, saw a major concept switch that was never seen before. Their album Fever Season broke their personal record of highest sales, and brought out a side never seen before by the fans.
Source Music's statement also confirmed that the comeback M/V will be filmed by the end of this month. Earlier this month, the members were spotted with new hair colours, thus giving a spark to rumors about a possible summer comeback.
In other news, GFriend will be getting their first mobile game titled 'SuperStar GFriend' in mid-june. Read about SuperStar GFriend