GFriend Confirmed To Be Preparing for July Comeback 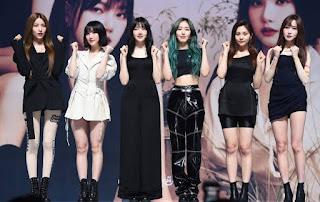 With the comeback season at hand and the coming months already packed with awesome releases, July just got even exciting.
It was reported earlier today that GFriend is preparing for a summer comeback. The reports were confirmed by the group's label, Source Music. However, the officials said that no date can be confirmed as of now.
GFriend's last release was '回:Labyrinth' which released on February 3rd, 2020. This will be the girlgroup's 2nd comeback of the year and the fans cannot be more excited.
The music video filming is expected to be done at the end of this month. Are you excited to see GFriend join the heating chart competitions that are set for the coming two months?
Also read about SuperStar GFriend mobile game