I hope Somyi and Chaeyeon are doing well. While MBK seems to have forgotten about officially mentioning them, the fans seem to be concerned about them 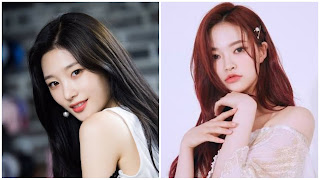 Reported earlier today, this comes as a shock to the AID fandom.
It has been well over a year since MBK Entertainment's girlgroup DIA released new music. Their last comeback was in March 2019 with lead single 'Woowa'.
Unfortunately, the fans will not be able to see all 7 girls on stage for this new era as this will be a 5-member comeback. Members Yebin, Huihyeon, Jueun, Eunchae and Euince will be participating in the comeback. Somyi and Chaeyeon will not be featured in the album, music video nor taking part in the promotions.
Although no official statement has been made regarding the cause of withdrawal of the 2 members from the comeback, fans speculated some possible reasons. Member Chaeyeon has reportedly been in a legal dispute with MBK Entertainment regarding the termination of her contract. Meanwhile, Somyi was reported to be not doing well last year in regards to her mental health.
This is a rather upsetting news for AID, since member Jenny had to leave the group permanently after harsh choreography led to a chronic knee condition.
I hope Somyi and Chaeyeon are doing well. While MBK seems to have forgotten about officially mentioning them, the fans seem to be concerned about both the members.
Also See: DIA are floral goddesses in Concept Photo 1 & 2 for 'Flower 4 Seasons'