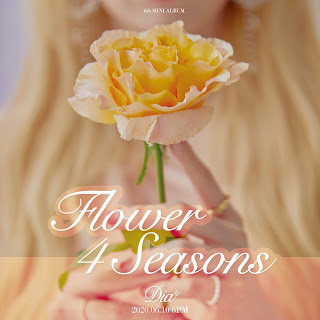 DIA has revealed the cover art for their 6th Mini Album 'Flower 4 Seasons' set for a June release.
This will be DIA's first comeback in 2020 and their first release in 14 months since 'Woowa' released in March last year.
Flower 4 Seasons will be released on 10th June at 6pm KST. Stay tuned for more on DIA's comeback.