BigHit has added another label under its belt after acquiring majority of stocks of Pledis Entertainment, home to boy groups Nu'est and Seventeen 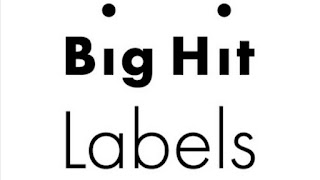 The BigHit Empire, or BigHit Labels just got bigger after official confirmation of the agency acquiring majority of Pledis Entertainment's shares.
Pledis Entertainment is home to popular boy groups Nu'est and Seventeen. Earlier this year, Seventeen was added to Bighit's exclusive global fancafe 'Weverse'.
Suspicions about the acquisition had been going around since 2019, after an insider reported that BigHit would invest in another agency after Source Music.
With this contract signing. BigHit is now home to some of the true biggest idol groups in the K-Pop scene including but not limited to BTS, Nu'est, Seventeen and GFriend.
In other news, BigHit and CJ E&M will be debuting a new boy group through reality show 'I-Land' set to air this June. BigHit recently teased a joint girlgroup debut show in collaboration with GFriend's label, Source Music.
Stay Tuned for more on this